The Common Bond of Caring

Starkey has a history of giving back. Well-known for philanthropic efforts, Starkey founders Bill and Tani Austin have traveled across the globe to help people in need.

On a volunteer trip to Africa in March 2020, Bill and Tani received the news that COVID had shut down the world. This moment encouraged them to define what they care about most and include it as part of the corporate structure of Starkey. In May 2021, they officially announced the launch of Starkey Cares, their public commitment to corporate social responsibility designed to bring people together under the common bond of caring for one another.

“At Starkey, we believe hearing connects us to our humanity,” said Tani Austin, Chief Philanthropy Officer. “We created Starkey Cares to show those who need access to hearing health that we will take care of them. We are so proud to make a difference in even more people’s lives around the world and provide the hearing health resources they need to connect to those who love and support them.”

Starkey Cares has three primary pillars to further the mission of making a difference in the lives of people who need it most – serving the local community, committing to veterans and active-duty military, and giving back to the world.

The first pillar of Starkey Cares is helping the local community. Neighbors in Need is a program that does just that by providing cutting-edge hearing aid technology at a dramatically reduced price to communities struggling to afford hearing aids. Launched in June 2022, Neighbors in Need has already served thousands of customers through a system that pairs hearing healthcare professionals who volunteer their time for follow up services with income qualified patients to provide Starkey hearing aids at a deep discount.

“In the first three months since launching, we had nearly 2,000 locations across the country where an individual with hearing loss can go and apply for hearing aids through our Starkey Cares Neighbors in Need program,” describes Michael Scholl, Starkey’s Chief Compliance Officer and Executive Vice President of Corporate Relations.

Jake Spano, Starkey’s Director of Corporate Social Responsibility, reveals his personal connection to the program. “I speak from experience, having worn a hearing aid for over a decade now, that it’s a really high-tech medical device. Getting access to that can be a challenge for some folks – this program helps them get the proper technology, fittings, and follow-up services they need,” he states.

The Starkey Cares team is undoubtedly devoted to growth. “Right now we are helping hundreds of people; I want to be helping thousands. When you scale to that extent, it’s a whole different order of magnitude for processes and structures that we need to build,” shares Spano.

Part of that includes finding ways for Starkey employees to get involved. “I get a lot of people here at the company who text, call, email, or walk into my office asking how they can be part of what we’re doing. It’s really amazing for me to know that I don’t have to convince anybody that this is important,” Spano observes.

Over the next year, Starkey Cares will codify systems and processes to elevate the program and engage as many people in need as possible.

This global program ensures the athletes are cared for holistically. “Starkey will provide any Special Olympics athlete across the globe who has hearing loss with top-of-the-line hearing aids and put them in touch with somebody in their local community who can do the follow-up care,” expounds Scholl.

The potential impact of this partnership is enormous. An estimated 30,000 or more Special Olympians have hearing loss, and 83% have never had a hearing test. “Being able to hear means you can communicate – that’s why we’re here. If we can help one more person communicate better, then we’ve made the world a better place,”  Tani Austin declares.

"If we can help one more person communicate better, then we’ve made the world a better place.”

Jake Spano relates an anecdote that encapsulates the personal nature of the people Starkey Cares serves. One of the Special Olympians is a Wyoming baseball player named Brandon Thibodeau. He attended the 2022 Special Olympics USA Games in Orlando and was fit with new hearing aids at the event. “It was incredible listening to him talk about how he could never hear any of his coaches or teammates, but now he hears everything. It opens up a world of opportunity,” describes Spano. “We’ve seen athletes through the Special Olympics program who may not know how to advocate for themselves or their options to take control of their hearing. We can give them a glimpse into their healthiest hearing life and open up the doors to take advantage of other health resources, as well,” Spano adds.

The partnership with Special Olympics International provides an opportunity to help individuals on-site as conveniently as possible. Michael Scholl explained that Starkey’s founder, Bill Austin, was even in attendance at the Special Olympics USA Games. “We fit over 101 athletes during the games that week and provided them with custom products and top-of-the-line hearing equipment. We made sure they left with the product that was best for their hearing loss,” shares Scholl.

Starkey’s corporate mission is to serve its customers better than anyone else – as an extension, Starkey Cares aims to capture the organization’s passion for caring for one another. “The Austins have this value of caring that they bring forward in all parts of the organization. It’s what allows us to show up for our neighbors locally and the broader world,” Spano reflects.

Supporting the mission of caring isn’t limited to the Starkey Cares team. There are many ways for individuals outside of the organization to get involved:

#1. Use the Resources & Provide Awareness

First and foremost, take advantage of the available resources Starkey Cares has to offer! “If you or a loved one has hearing loss, go get it checked out!” urges Scholl. To find a Starkey Cares location near you, call 855-686-2202 or email us at neighborsinneed@starkey.com. Spano adds, “The most tangible way for folks to support the program and effort is to provide awareness about the programs we offer so we can help the most people.”

Starkey Cares consistently looks to patients, organizations, and partners for ideas on how to be most impactful. “We had a customer reach out asking if they can pay the application fee for their patient’s Neighbors in Need application. The answer is absolutely! We want to find ways to get more people connected,” explains Spano.

If you’re a hearing provider interested in the Neighbors in Need program or any of the Starkey Cares initiatives, reach out to Jake Spano at jake_spano@starkey.com. He can help you get signed up and engaged in the right program.

Starkey is a privately-owned hearing aid manufacturing company dedicated to delivering the best hearing experience possible through the innovation of its products and the passion of its people. Founded in 1967 by Bill Austin, Starkey is based in Eden Prairie, Minnesota. 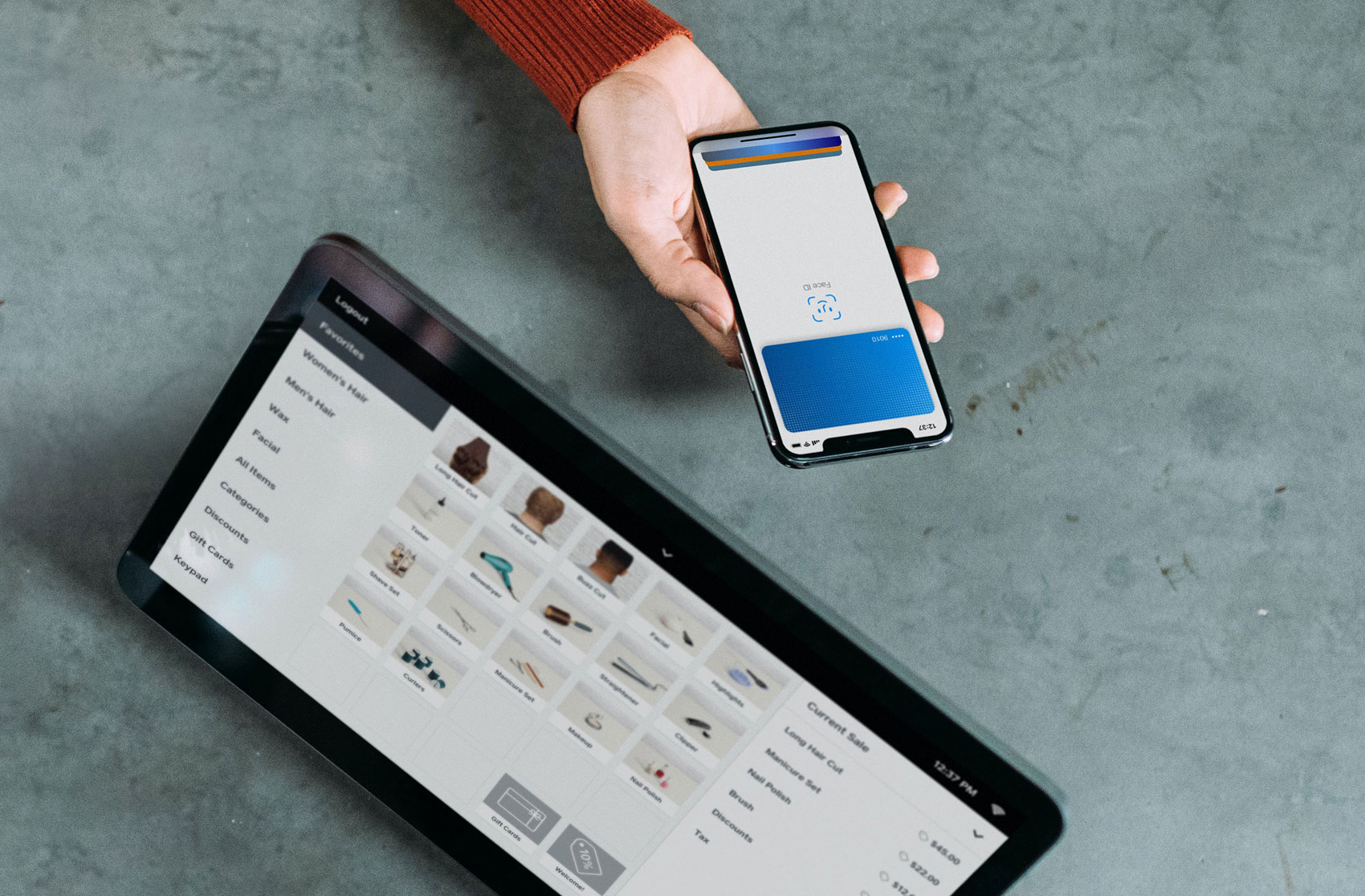 The Future of Payments is Here 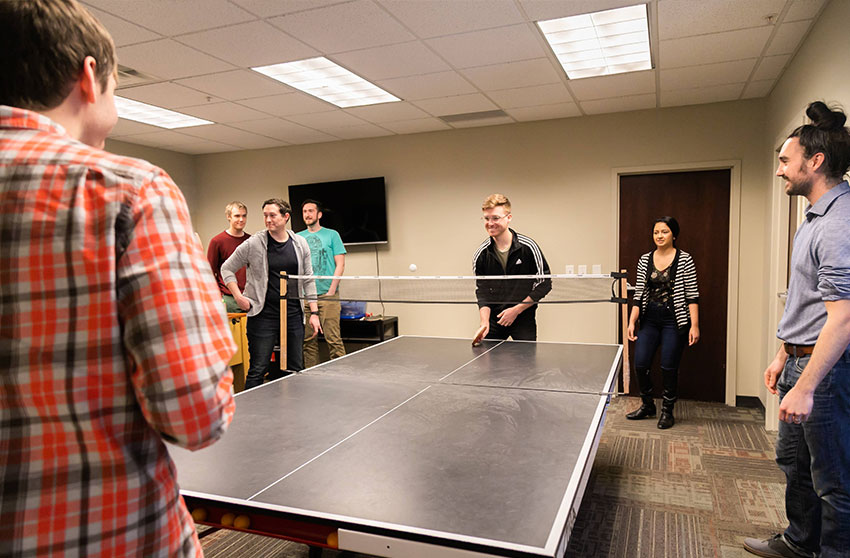 Work Culture in the New Abnormal